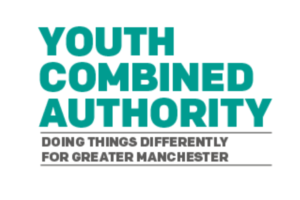 The GMYCA is one of seven equality groups set up by Greater Manchester Combined Authority (GMCA).

The equality groups have been established to advise, support and challenge Greater Manchester’s political leaders and policy-makers to tackle the discrimination and disadvantage that cause injustice and inequality in society, and champion Greater Manchester as an inclusive city-region.

The GMYCA was the first equality panel to be created by GMCA back in 2018 and was the first Youth Combined Authority in the country (with the model now being replicated across the UK).

The GMYCA will be moving into its third cohort of youth organisations, such as HideOut Youth Zone, that will serve membership from 2022 until 2024.

The new cohort will begin in April and representatives will meet monthly to discuss issues affecting Greater Manchester’s young people.

Since its creation, GMYCA members have been central to the development of policies, strategies and decisions, and have given young people in Greater Manchester a powerful and influential voice.

“We’re delighted GMYCA have confirmed HideOut Youth Zone as part of the new cohort for 2022-2024. Membership will ensure our young people have a definitive voice and the opportunity to make change right across the Greater Manchester region.

“At HideOut Youth Zone, our core values include putting young people at the heart of everything we do and promoting collaborative working to achieve better outcomes for young people. I think the GMYCA embodies that.

“I’m excited to see youth voice at the centre of future change and I’m looking forward to working with other youth organisaitions across the city-region that are passionate about giving young people the confidence to challenge for those changes.”

New members of GMYCA comprise youth organisations from across Greater Manchester representing the diversity of the city-regions young people.

HideOut Youth Zone, which opened its doors to the public in September 2020, welcomes membership of over 4,000 young people (February 2022) from across Manchester, including 66% identifying as Black, Asian or from another ethnic minority background, 16% of those with additional needs, and 43% identified as girls.